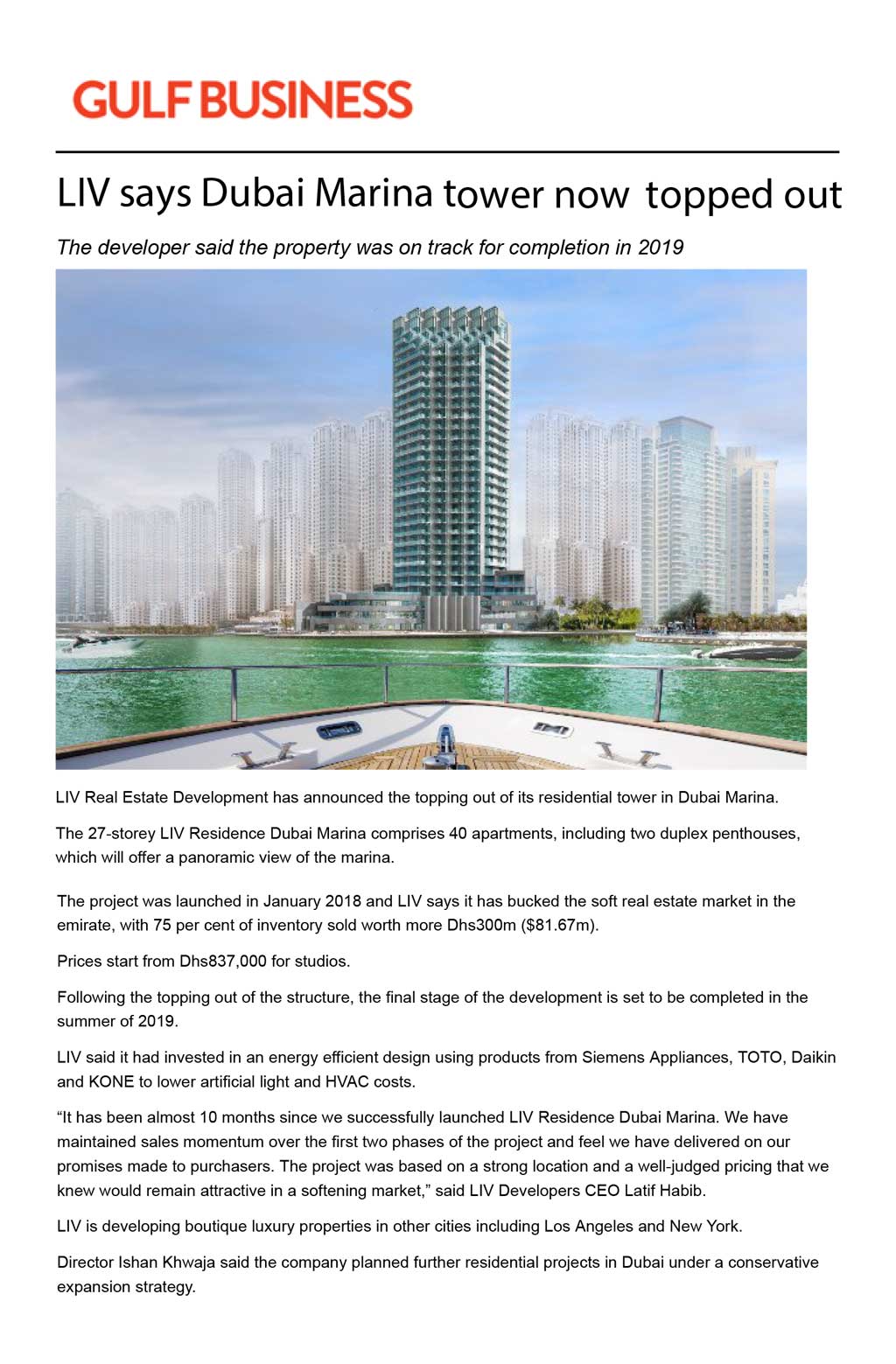 LIV Real Estate Development has announced the topping out of its residential tower in Dubai Marina.

The 27-storey LIV Residence Dubai Marina comprises 179 apartments, including two duplex penthouses, which will offer a panoramic view of the marina.

The project was launched in January 2018 and LIV says it has bucked the soft real estate market in the emirate, with 75 per cent of inventory sold worth more Dhs300m ($81.67m).

Following the topping out of the structure, the final stage of the development is set to be completed in the summer of 2019.

LIV said it had invested in an energy efficient design using products from Siemens Appliances, TOTO, Daikin and KONE to lower artificial light and HVAC costs.

“It has been almost 10 months since we successfully launched LIV Residence Dubai Marina. We have maintained sales momentum over the first two phases of the project and feel we have delivered on our promises made to purchasers. The project was based on a strong location and a well-judged pricing that we knew would remain attractive in a softening market,” said LIV Developers CEO Latif Habib.

LIV is developing boutique luxury properties in other cities including Los Angeles and New York.